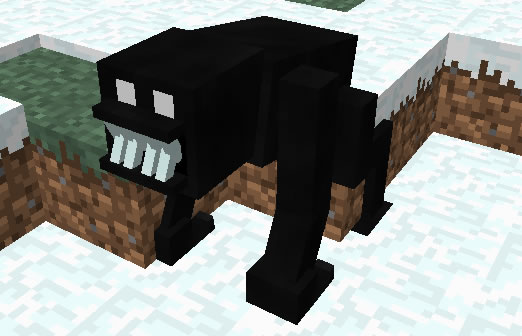 This scary monster spawn's in only the lowest of light levels.. make sure you bring your torches!

What this mod does is adding a new mob called “Grue”, whom spawns close to a player if they’re in an area where the light level is 2 or lower (simply standing still will only make more of them spawn). The Grue is immortal, and deals almost infinite damage (so there’s no way to survive it if you get hit). But there is one way to banish it, which is as simple as getting into a place where the light level is higher than 2, in which case the Grue bursts into a plume of smoke, eliminating the threat for now.

Grue is available to install with Modgician’s Minecraft Mod Installer for the following versions:
1.12.2

To use the Mod Installer, you will need a Modgician account.

PLEASE NOTE: Every time you use Modgician’s Minecraft Mod Installer, you are supporting mod developers and giving back to them financially.

Anyone can
install mods