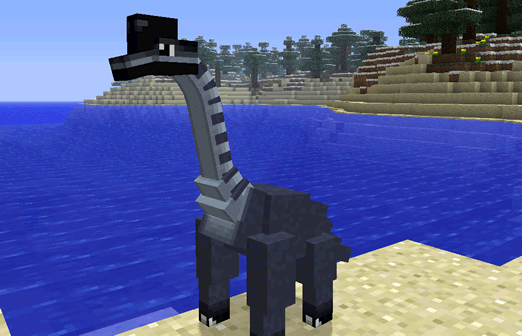 Explore Jurassic Park and all its pre-historic residents. Ride around the safari park in a Jeep and check out all the enclosures.

A Jurassic Park is a safari amusement dinosaur Minecraft mod. We have recreated Dinosaurs and other extinct animals and exposed them in a mc safari park to the public, where people can ride in jeeps and drive by different enclosures filled with dinosaurs to encounter. In the MC World many Jurassic Parks will appear. The majority of prehistoric creatures created by the mod team are dinosaurs, but we have also created pterosaurs and mosasaurs, neither of which are dinosaurian. And remember, we spared no expense.

JurassiCraft is available to install with Modgician’s Minecraft Mod Installer for the following versions:
1.12.21.7.101.6.2

To use the Mod Installer, you will need a Modgician account.

PLEASE NOTE: Every time you use Modgician’s Minecraft Mod Installer, you are supporting mod developers and giving back to them financially.

Anyone can
install mods